Altadena Anthology
Altadena was opened as a subdivision in late 1887 by John and Fred Woodbury from Marshalltown, Iowa. The Woodburys envisioned a millionaires’ rural suburb north of busy Pasadena, hoping to add to the wealthy class already gathering here, including Col. Charles Greene and Andrew McNally. Their timing was off, the real estate bubble burst in 1888, and the region was thrown into an economic panic that grew worse as it merged into a great national depression lasting through much of the 1890s. A bright spot in this period was the development of Thaddeus Lowe’s elegant mountain railway, which created a connection from Los Angeles though Pasadena and up to Altadena and beyond, to the many hotels and camps in the mountains. There, temperance was not an issue. 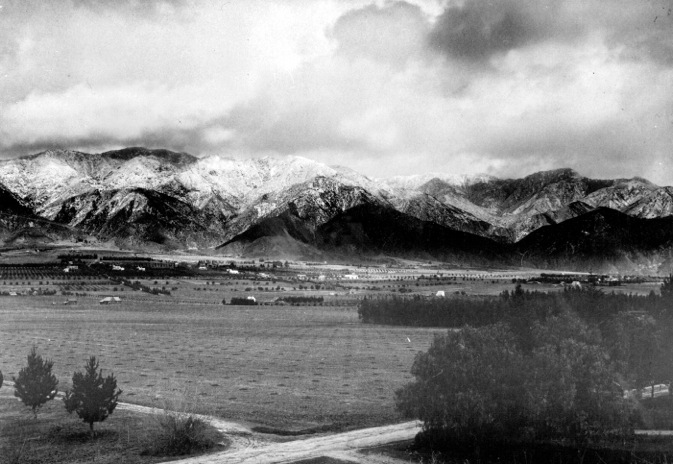 Upcoming Events Golden Poppy Garden Awards and Celebration Sunday May 20, from 3-6 pm • 2485 Marengo Avenue, Altadena Members: $10 Non-members: $25 (memberships available at the door) This year’s Golden Poppy will be held at the home of Michele Zack and Mark... 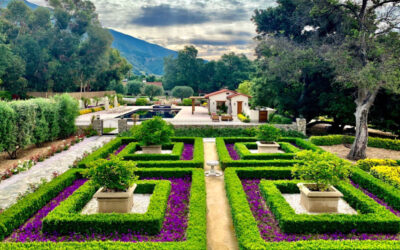 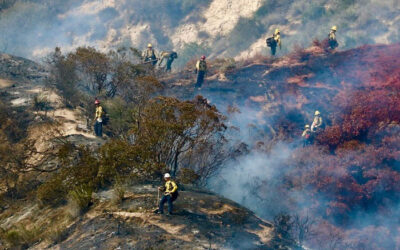 Protecting Altadena from Wildfireby Mark Goldschmidt Our scenic mountain backdrop is Altadena’s greatest amenity, yet also poses our greatest danger. The precipitous slopes of crumbly rock are covered with shrubs and grasses that have evolved to burn, and in the hot,... 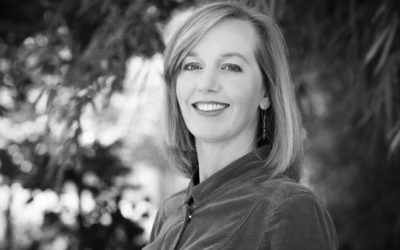 Letter from the Chair

Letter from the ChairWe are dedicated to protecting, preserving, and raising awareness of our foothill community’s rich architectural, environmental, and cultural heritage. How we do that is through public events, advocating for change with the County, gathering and... 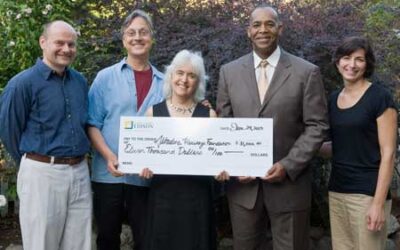 A “Collection of Collections”

A “Collection of Collections”Altadena Heritage is known for its advocacy, preservation, and activism — things like helping to build parks, the Golden Poppy Awards, getting the Farmers Market started, planting trees. But we also maintain important paper and digital... 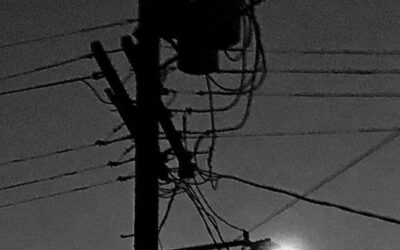 Streetlight Update & Call to ActionBy Mark Goldschmidt In an article in AH’s Fall/Winter 2019 Newsletter, “Change Coming to Nighttime Streets,” we wondered what night time lighting would be like with the coming inevitable change to LEDs. When I contacted Inez... 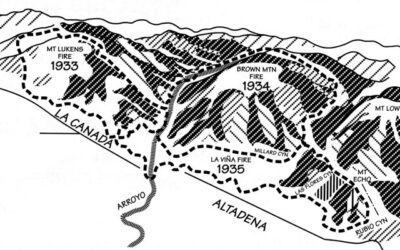 A Short History of Fire and Fire Protection in Altadena

A Short History of Fire and Fire Protection in AltadenaBy Mike Manning The following story, somewhat abridged here, appeared in the January 1994 edition of “Peaks at Altadena”, a monthly news magazine put out by the Manning family, Mike, Sean, Julie and Stacy. It had... 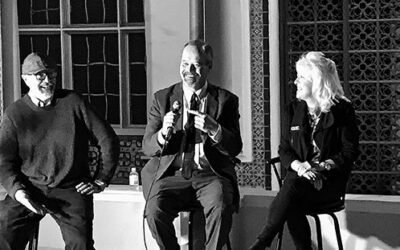 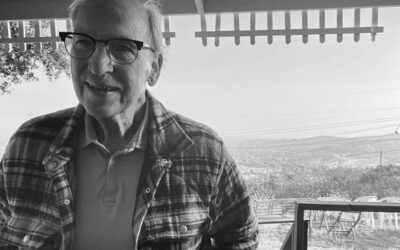 Theo’s View… Notes From the Wild Side of the Urban InterfaceBy Michele Zack “Almost like clockwork… I can count on it every 10 years,” Theo says, sounding philosophical. He’s referring to the wildfires that have forced him to evacuate his mountain home in Altadena... 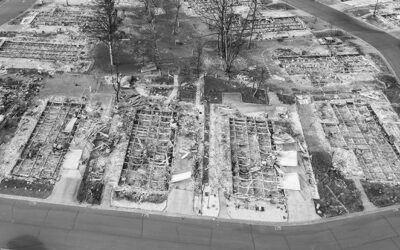 Wildfire Insurance Heating UpBy Val Zavala When my husband and I bought a home in Eagle Rock in 2004 we were unpleasantly surprised that our previous fire insurance company would not insure us, they said our home was in a high-risk wildfire area. So, we had to get our... 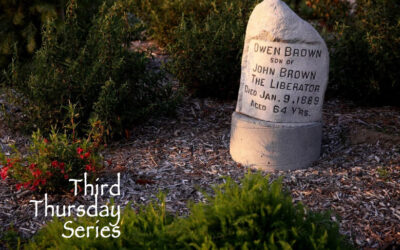 Watch this past event. MVM and Altadena Heritage’s Re-Dedication for Owen Brown. 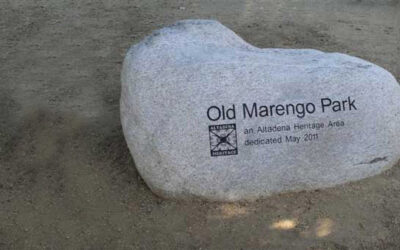 Saturday May 7th @9am