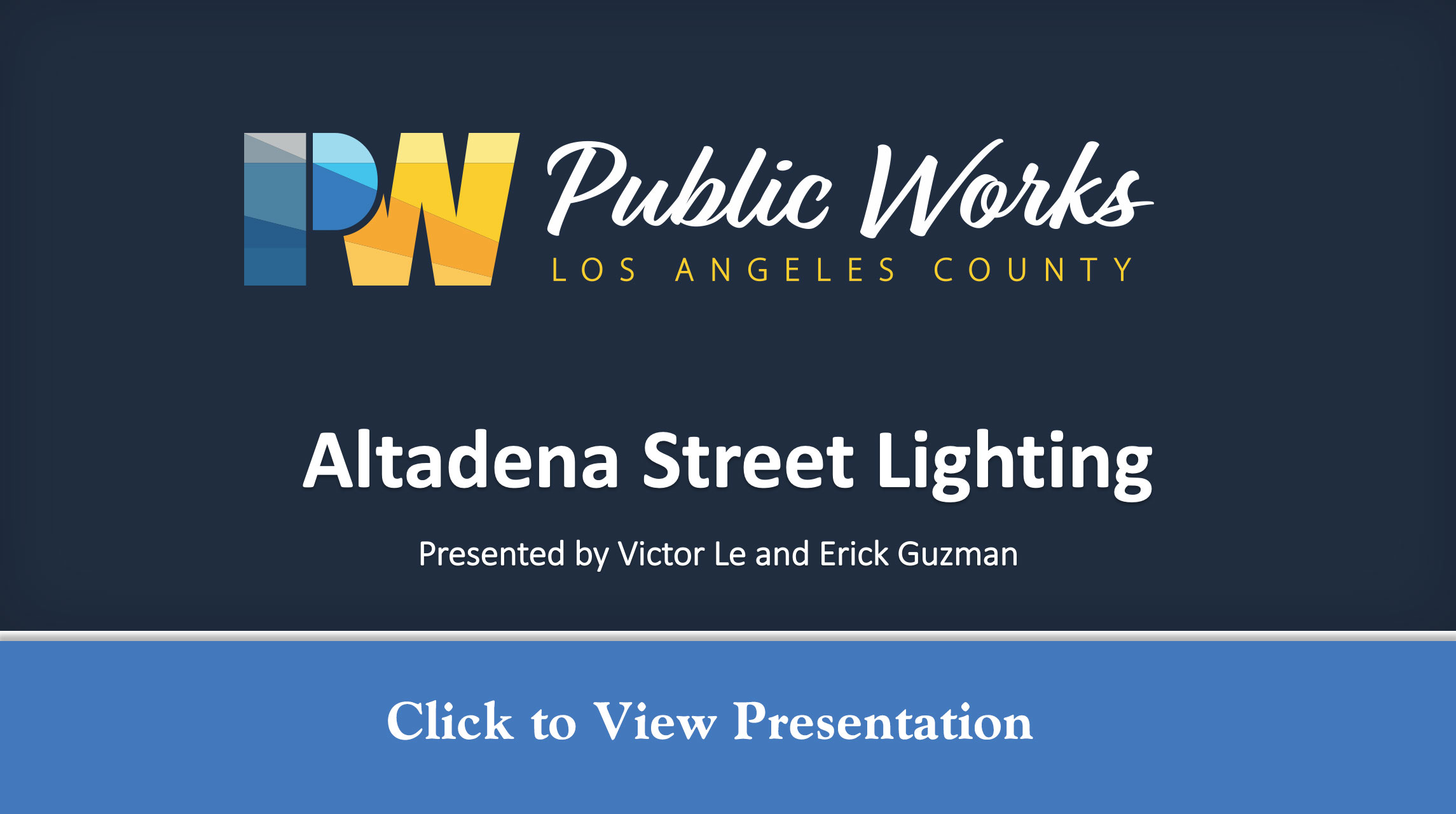 We want to invite you and to hear staff from Los Angeles County Public Works (County) and Southern California Edison (SCE) explain:

In September of 2021, a group of eleven local organizations agreed to form a coalition to express concern about the potential impacts of converting the existing street lighting system in Altadena to LED lamps. This was due to County improvements to New York Drive where visually distinct LED lamps were installed at intersections. With combined support, we were able to draft and deliver a letter to Supervisor Kathryn Barger listing our concerns and requesting to meet with appropriate staff to better understand the issue.

As a result, we had numerous meetings with both County Public Works staff members and SCE representatives to understand the current lighting requirements and plans for conversion to LEDs.

As you may know, two common standards used to evaluate lighting are lumens and Kelvin. Lumens denote the total amount of visible light emitted by a light source and Kelvin (K) denotes the color temperature.  LED lights are made in a wide variety of color temperatures. Color temperature is a spectrum varying from white daylight to candlelight. Our existing system is non-LED and the color can be described as amber.

After meeting with County staff, we were given a copy of their streetlight design guidelines titled Procedures for the Preparation of Streetlight Plans by Private Developers. The guidelines require that new LED lights not exceed 2700K, which is close to the same amber color of our existing street lamps.  This is great news!  Many communities specify a rating of 3000K or higher, which some people consider is uncomfortably harsh and blue/white in color. The current standards for Lumens (brightness) have not changed.

We had a very positive and cooperative meeting with County and SCE staff and they have agreed to give a presentation on the current standards and future of street-lighting in Altadena. It will be hosted by Altadena Heritage at 7:00 p.m., Thursday, September 15th, at the Altadena Community Center. The event is free and we wish to invite all members of the organizations that came together as the Altadena Street Lighting Coalition.