Integrating Rooftop Solar Into Our Grid

The original Luddites were 19th century textile workers in England who sought to protect their livelihood by resisting the mechanization of their trade in the Industrial Revolution in the early 1800s. Weavers, out of work in a profession stretching back centuries, were enraged, and sabotaged the mechanical looms that were replacing their craft. That was a populist uprising. Today’s Luddites are less likely to be found among workers than in powerful corporate interests that “have always done it this way” and see change as a threat to their bottom line and the interests of their shareholders. 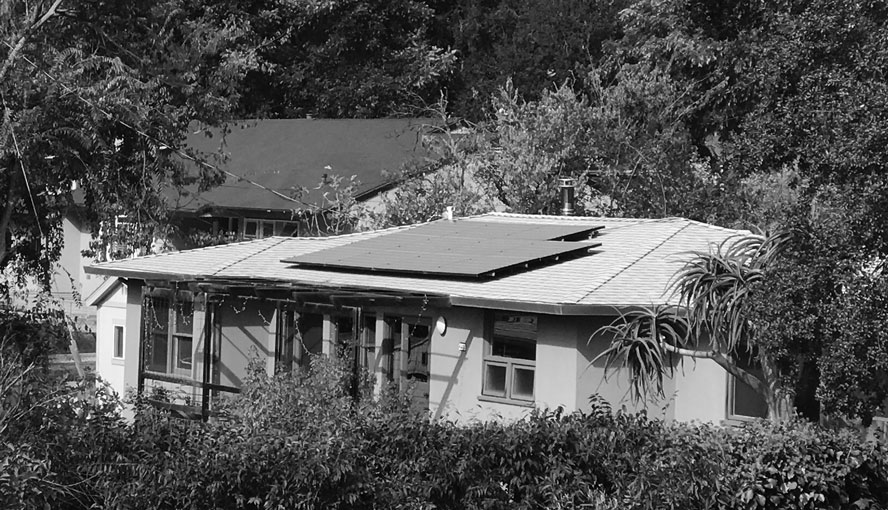 Supported by legislation and enticed by tax credits many California residents have taken advantage of the program originally promoted by governor Schwartzenegger to encourage carbon neutral generation by home based solar collectors. Participants could deduct 30% of the cost of installing rooftop from their income taxes. Others, unable or unwilling to put out the $20-30,000 to install solar panels, acquired them through rooftop lease agreements with third parties that reduced their monthly electric bill but required little or no upfront payment. Furthermore, California legislators made sure “net metering” arrangements would permit customers with solar panels to sell the power they generate back into the grid at the retail rate. The result has been a hugely positive community investment in clean energy and a significant source of power for the state.

Domestic electricity generation poses significant challenges both to management of the power grid and to the business plans of the big energy utilities. The latter’s latest response proposed slashing net metering rates by 80%, and imposing a monthly charge between $55 and $90 on all customers with solar panels. (See https://www.solarreviews.com/blog/california-net-metering-changes) These drastic measures were originally proposed in AB1139, a measure that was narrowly defeated in the California Assembly in June, but then immediately referred to the Public Utilities Commission (CPUC), an unelected body appointed by the Governor. The CPUC voted unanimously to support it; a final decision is expected in January 2022.

Are our electric utilities 21st century Luddites? Their grievances echoes modern post-industrial society where traditional trades have been adversely affected as new technologies transform working practices. Readers will remember the killing of the electric car by General Motors in the 1990s, and more recently attempts by the Trump administration to boost the coal industry and roll back environmental rules that facilitate oil and gas exploration in sensitive areas.

Small-scale rooftop electricity generation does create a problem in managing the power grid, because the amount of power in the grid must be balanced, and solar fades out at sunset, a time of high demand.

Domestic solar generation will require changes in how the guardians of the grid manage it, because they cannot control the amount of electricity produced from its scattered sources. As Gretchen Bakke puts it in her very useful book The Grid, the fraying wires between Americans and their energy future, the grid was “designed for the effective transit of power from a few massive producers to a wide scatter of users.”

She adds: “Home solar installations turn this logic on its head without doing much to help reconfigure the grid.” But the utilities have created their own difficulties through institutional inertia and poor planning. Bakke points out that when California passed legislation just five years ago to require 50% of electricity generation to come from renewables by 2030, utilities did not factor rooftop solar into the equation!

Stealing from the Poor?

Without dwelling on the bad faith involved with individual customers who invested thousands of their own dollars in solar, we should recognize the fallacy in the utilities’ current argument for disrupting the policy intents of the past 15 years. They claim cutting back on customers’ ability to sell energy back to the grid at the retail rate will take from the rich and give to the poor – that the poor now pay more because the rich pay less. The better-off may have been enthusiastic purchasers of expensive systems, but nearly half of all domestic solar installation, often through leasing arrangements, has been in households with median incomes. They will be particularly hard hit by monthly surcharges. The additional absurdity is that solar installation is now required in all new-build property, so first-time buyers and renters of these projects will be burdened not only by a substantial increase in construction costs, but also with a $55-90 charge.

The proposal to cut the net metering rate by 40 to 80 percent and impose compulsory fees on solar users (NEM 3.0) looks very much like an attempt to curb the spread of rooftop solar. This will undoubtedly be its effect. The utilities will continue their plans for large solar farms in the desert, facilities that will certainly be needed to feed industry and other large-scale users. But to let their business plan dictate the range of energy choices now available, and deliberately discourage private investment in small-scale solar, is a retrograde move and a band-aid solution. What is needed is to rethink the ways in which power is generated and sold, and to recognize the value of decentralizing the system, making it more flexible and efficient.

Proper investment in battery storage, making it affordable for homeowners and possibly offering financing, will be crucial to solve the problem of unpredictable generation and supply. There are many hard questions to be answered and technical issues to resolve, but small-scale solar power is a proven contributor to a sustainable future and must continue to expand. Electricity production from renewable sources by homeowners and small businesses has been a great leap forward, both here and across the world, and we can’t allow it to be curtailed by outmoded thinking and powerful vested interests.

For more information, please see the factsheet produced by the Solar Rights Alliance, and join the campaign.