About Altadena Heritage: 30 Years of Activism 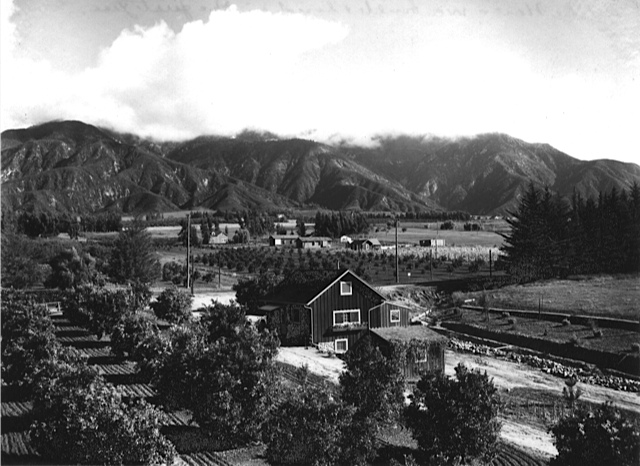 Founded as a Committee of the Altadena Town Council in the mid-1980s, the issue sparking Heritage’s formation was the destruction, and/or imminent plans to tear down and redevelop many historically significant homes and properties. The prospect of losing so much of what makes Altadena special was an emergency of that era that rallied a group of committed residents. It was recognized that a lack of any historical designation or protective ordinance for unincorporated areas of Los Angeles County often put the best interests of Altadena in peril. The first committee of Altadena Heritage decided to study the problem and design strategies to empower us to advocate for our town’s heritage and to preserve neighborhood integrity.

The creation of Altadena’s Community Standards District (CSD) was promoted by the Heritage Committee, which alerted the Town Council to what was happening when rampant “mansionization” was allowed to destroy the fabric of neighborhoods. Allowing new “super-sized” homes to be built right up to property lines next to old farmhouses surrounded by large gardens and orange groves was draining the character of cities such as Arcadia, and creating unhappy neighbor relations. Heritage members served on the Town Council committee that pushed through the complex process to incorporate our CSD into L.A. County’s building code to establish building setback requirements and “total buildable areas” based on lot size. These have gone a long way toward preserving Altadena’s charming and livable neighborhoods, and are currently being reevaluated and updated after a generation of use.

In 1987, the Heritage Committee had its first big success in saving Scripps Hall (now the Waldorf School) on Mariposa Street from subdivision into a housing tract. Highview, the much grander William Kellogg home next door, had been sold in 1959, torn down, and met this fate — and Scripps was about to go on the chopping block. At that time, members determined that forming a 501 c-3 organization, separate from the Town Council, would be the best vehicle to accomplish the purpose the group articulated: to identify and seek the protection of Altadena’s significant architectural, historical, cultural, and natural resources. The application to the State of California to become a non-profit community benefit corporation was approved February 24, 1989.

Over the years Altadena Heritage’s purpose has remained constant. The organization was designed to be one whose strategies could evolve; thus our emphasis and activities have responded to changing needs over 25 years without losing sight of basic goals set in 1987.

An immediate concern back then was to complete a survey of Altadena’s architectural resources before too many more significant ones were lost. Much early effort went into raising money for and conducting this, and Altadena Heritage was among the first organizations in California to digitize such information. Efforts went into identifying and saving existing paper files on Altadena properties as well, such as those from the William Wilson Real Estate Agency, which operated from after the turn of the century through the 1980s. Thus Altadena Heritage’s archives have also evolved into a “collection of collections” available to the public for research. These have been housed in the Altadena Heritage office within the Community Center, where we moved when it opened in 2003. The board takes stewardship of our data very seriously, and in 2011 is in process of migrating it to a new and sustainable digital platform that eventually will be launched on the  California Historic Resources Inventory Database (CHRID).

Along the way, we have recognized six Altadena Heritage Areas, or AHAs! as a way of highlighting special neighborhoods and educating the community as to their value. Although LA County still lacks any official historic designation, areas dedicated as AHAs have seen increased pride and sense of community. AHAs are: Garfield Avenue (2000), Janes Village (2002), Park Planned Homes on Highview designed by Gregory Ain (2003), Norwic Village (2005), Country Club Park (2007), and Old Marengo Park (2011.) Occasional home tours have served a similar purpose in raising awareness of Altadena’s riches.

Newer initiatives included kick-starting a hillside protection ordinance in 2004 that became part of Altadena’s Community Standards District in 2010, and offering a series of sustainability workshops on a range of topics from growing vegetables to saving energy and water, to restoring old windows. We’ve worked with other organizations to present these, and recently expanded our institutional outreach to sponsor Altadena Urban Farmers Market in its permitting process with Los Angeles County.

Altadena Heritage continues traditional activities that provide opportunities to gather socially, such as a Holiday Celebration in December, and an annual Spring/Summer outdoor event. We started the Golden Poppy Garden Awards in 2004, which recognize front gardens that give to the street, combining the awards with our outdoor meeting. In recent years, our Golden Poppy emphasis has been on low-water usage gardens, and those that create beauty in neighborhoods, while reducing or eliminating front lawns.

Altadena is an unincorporated community of 43,000 sited on an outwash plane beneath the abruptly rising San Gabriel Mountain Range and between the Arroyo Seco and Eaton Canyon.

Altadena is 13 miles northeast of the city of Los Angeles and directly north of the city of Pasadena. Founded at the time of Southern California’s land boom of the 1880s, the town’s uniqueness derives from a distinct history, “live free or die” culture, and stunning physical setting.

Architecturally diverse with significant examples of every style of home from modest Craftsman bungalow to Italianate mansion and Modernist gem–Altadena has also been a racially diverse community since the 1960s.

• Altadena: Between Wilderness and City